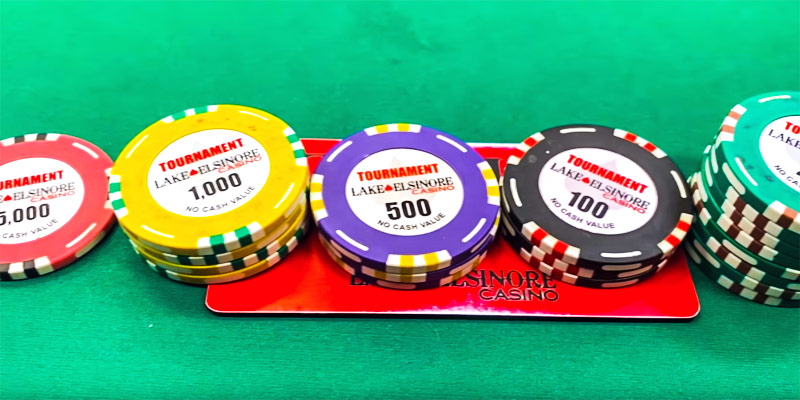 How to Win Texas Hold’em Tournaments

Poker, despite being a constant in many casinos, is a game of skill rather than chance. As such, we can’t make a crash-course that’ll let you beat the players that have been active for decades. What we can do, however, is provide a few strategy tips that’ll improve your tournament placing.

The Difference Between Tournaments and Cash Games

The primary mistake rookie players make when partaking in tournaments is approaching them as a regular poker game. The key to the error lies in the fact that in tourneys, the vital thing is survival.

You can have a massive pot in the early stages of a tournament, but you can’t stand up and leave then. If you get knocked out before the bubble bursts, all those chips were essentially meaningless. That leads us to the first piece of advice we’d like to give out; play tight early.

The deep stacks near the beginning of poker tournaments have a tendency of luring the less experienced into a false sense of security. Don’t let this happen to you. While going crazy pre-flop might tempt you, there’s no need to overextend.

That’s not to say you should fold each hand you get. You should be more than happy to push a little with pocket Kings or Aces. Slightly weaker openers, such as suited connectors, shouldn’t cause a huge commitment.

Use the early rounds to investigate your opponents, notice their playing and betting patterns, maybe even try perceiving what sort of mental game they play. You’ll be spending a lot of time at that initial table, so using the time when the game is less stressful to read your adversaries is excellent.

It’s sensible to raise a bigger amount of money than usual if you’re holding a monster, right? Nope. Experienced poker players will be on the lookout for play patterns, and by being easy to predict, you’re virtually ensuring you won’t get through the middle stages of the competition.

Play According to Stack Size

Not only your chip count, but the stacks of everyone present at the table matter. For example, it’s clear that you having a smaller stack means playing tighter. If a player with a small stack raises pre-flop, you can be confident they are holding something big. Naturally, they might also be bluffing, but that’s all part of a winning poker strategy.

Another notable thing is that you shouldn’t go wild just because you have a big stack and can smell a big pot. As attractive as it is, don’t let the number of chips on the table blind you into making sub-optimal plays. You’d be surprised at how quick an advantage can fade away while being reckless.

Lastly, just because your stack is much larger than somebody else’s isn’t that much of an advantage if they have a solid stack themselves. For example, if you somehow get to a stack of 300 big blinds, you’re better off than someone at 100. That advantage, however, isn’t as grand as it seems as forcing them to all-in and losing completely negates any leverage you have held.

Know When to Loosen Up

Slugging along by limping and folding while only playing monsters is fine when you face amateurs. The big boys will quickly catch onto you and blow you out though. That is much less likely to occur if you aren’t always conservative.

If you have a solid hand, raise instead of calling, bet instead of checking, reraise instead of calling. These don’t have to be insane amounts, raising by two big blinds is a formidable move by itself. Another fantastic time to loosen up is when the antes kick in. Pots in these situations are much bigger pre-flop, and instinctively, offer a better risk-reward ratio.

Additionally, you shouldn’t be afraid to bluff. If you have a chip size advantage, you can try stealing the pot from time to time by raising in a late position. Just don’t get too formulaic.

When you play in poker can drastically impact how you should evaluate your hands. For example, holding a top pair with the button is much more valuable than holding it under the gun. That is because that way, you’ll have at least some information when your turn to act is later.

Don’t forget that playing against nine other players is drastically different than playing against three. If you’re short-handed at a table, as a rule of thumb, you should loosen up as the average hand quality is lower.

The bubble is another crucial thing to look out for. If you’re nearly out of chips and the bubble is close to bursting, just try to stay alive. Oppositely, if your stack is deep, feel free to push the players who are dangling around. Force them to all-in or fold, raise their bets, they’ll often step down even with the stronger hand since it guarantees their survival.

One clarification — don’t do this with horrible hands often as they’ll end up leeching off you back into the game if you do.

In heads-up situations, everything we just mentioned is multiplied tenfold. As there are only two hands on the final table, holding anything that’s near the top end of mediocre hands is a monster.

Don’t look at the pointers we gave you as separate things. They are supposed to work together as a guide for you to become a better tournament player.

For example, don’t loosen up too much when your stack size is small, even if the game is in the later stages. Don’t play tight early if you notice a player you can farm chips from. Poker is a complex game, and you can’t really play it by the book, but experience will do wonders for you.

Getting good at poker, especially the tournament variety, is strenuous. It can be stressful, and you may feel tension; other players might even intentionally be putting you in such a position.

We have a final, and perhaps most important, tip to give you. Reading all the guides in the world will definitely make you a great player. But another component that’s required for you to be a complete poker pro is experience. Else you might crack under pressure or make rookie mistakes.

Unfortunately, your options are limited here. There’s online poker, but that doesn’t provide the cut-throat feeling of being at a live tourney. So just join any tournaments you can afford, even if you get knocked out almost instantly. Keep in mind — no poker player was born great.