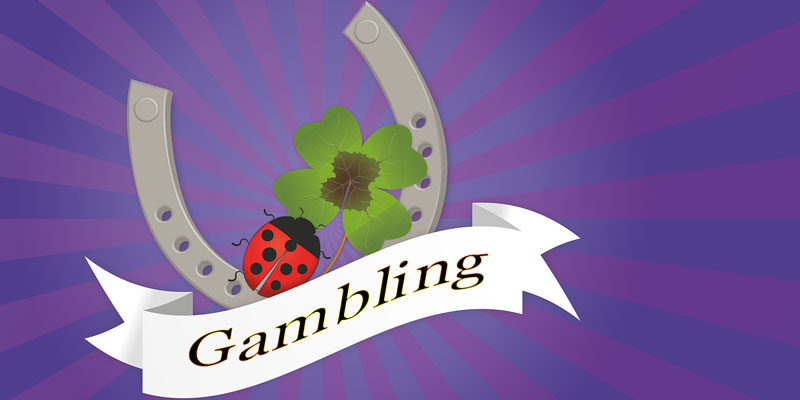 From blowing on dice for good luck to wearing a horseshoe necklace, there’s a myriad of different things gamblers will attempt on the off chance it might increase their luck. While some people go through hour-long rituals before placing a bet, others completely dismiss it as tomfoolery.

Whether or not good luck charms work is debatable. However, they will inevitably affect your energy and will add an extra layer of fun to your play sessions. After all, gambling is supposed to be something you do for fun.

Still, it wouldn’t hurt to win some money alongside having a fantastic experience at a casino. If you feel like the classics such as a rabbit’s foot, a horseshoe, and a 4-leaf clover aren’t enough to skew the odds in your favor, here are a few exotic variants you can draw inspiration from.

This color has been a symbol of good fortune, luck, and happiness in multiple Eastern cultures for centuries. It is believed to bring luck in general, so it’s no surprise people tie it to gambling as well.

In India, or more specifically, Hindu customs, the color red has a special role. Ceremoniously, it is used to signify the transition from a girl into a married woman. Typically, the brides that hold these beliefs dear have their hands adorned by near-red henna. This role change is complete with someone smearing a bit of red powder sindoor on the bride’s head since it symbolizes her desire for her husband’s longevity.

The Chinese people, for instance, still hold a strong belief that Lady Luck will smile upon the gamblers who wear red underwear in a casino. Other cultures around the globe hold the color red in high regard as well. So we’d say it’s worth considering embellishing your outfit with a bright red piece.

Now, we wouldn’t necessarily advise you to go shopping for red panties… Still, a red jacket, shoes, or any other piece of red clothing you already own couldn’t hurt. 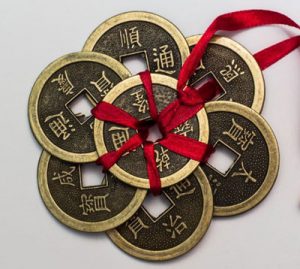 There are quite a few contrasting beliefs regarding lucky coins, especially pennies. Whereas some people regard every penny they find on the ground lucky, others will only pick up ones that are lying face-up.

If you ask us, we’d consider ourselves lucky if we found any money on the ground. Most people tend to share this sentiment, so it’s no surprise that a penny has become one of the iconic symbols of luck.

However, pennies aren’t the only lucky coins. Some people hold on to Buffalo Nickels, Indian cents, and even Walking Liberty half dollars for good luck. In England, for instance, coins with holes are considered particularly auspicious.

Similarly, Chinese I Ching coins feature a square hole in the middle. They’re not only said to improve one’s luck but also have uses in divination rituals, as well as a Feng Shui money cure.

Speaking of Chinese culture, some numbers are considered lucky, while others are said to bring ill fortune. The feng shui lucky numbers are 2, 3, 6, 8, and 9. The number 4 is extremely unlucky, so don’t carry four I Ching coins on your person, as it might counteract the good fortune they might bestow.

The significance of an acorn and its symbolic meaning of good fortune originates from Norse mythology. According to legend, the Norse god Thor found shelter under an oak tree during one of the most violent storms he had ever seen.

The ties between oak trees and many thunder gods across different cultures come from the fact that oaks are usually more prone to being struck by lightning than other trees. This is likely because oaks are often the tallest trees in the vicinity, but the symbolism persists to this day.

The acorn had a special place in other cultures like the Celts, Romans, and ancient Greeks as well. Druids believed that oak was a sacred tree, and they often held sacred rituals in oak groves.

On top of that, acorns are seen as the youth of the mighty oak, and thus, they represent strength, power, and wisdom. Still, what do acorns have to do with gambling? Well, carrying an acorn or a mistletoe on your person might earn you the favor of the thunder gods and increase your gambling luck.

You’re likely familiar with the part of the Irish folklore that talks about leprechauns, the devilish creatures who mend shoes and hide pots of gold at the end of the rainbow.

The fascination with rainbows dates back to Celtic Druids, who viewed arches in general as symbols of fertility, life, and overall well being. Taking on this perspective, one could interpret the rainbow as a mother’s pregnant belly and the “gold” at the end of it as the child.

In modern times, this symbolism isn’t that deep, so to speak. However, the simple fact that a rainbow only appears after the storm has passed is enough for most people to consider it a good omen. It’s a sign that the skies have cleared and that weather is dramatically changing for the better. And nobody can deny that they feel better when they bask in the sun, compared to being soaked to the bones in the rain.

This sudden change in weather is likely the reason why rainbow charms have become popular good luck symbols. The colorfulness of rainbow charms lifts the mood and makes the wearer more lively and cheerful. 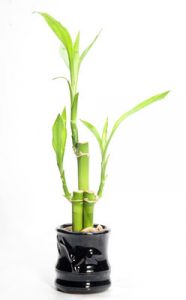 We can’t talk about symbols of luck, without mentioning the lucky bamboo. However, the name “lucky bamboo” does not refer to any specific bamboo plant. In fact, the lucky bamboo isn’t a type of bamboo at all. The plant in question is Dracaena. The two are close relatives but can easily be discerned due to the fact that Dracaena curls near the top.

Traditionally, it is believed that the more stalks the lucky bamboo has, the more luck it will bestow. If the stories are true, three stalks will bring you happiness and wealth. However, more stalks won’t hurt but will bring about good fortune in different areas of your life.

We imagine most land-based casinos have a “no potted plants” policy. Still, having a lucky bamboo in your room while playing online might just cause the slot to stop on a lucrative winning combination.

Hamsa, or the Hand of Fatima, is one of the most popular good luck symbols in the Middle East, as well as parts of North Africa. The charm depicts an open right hand of Fatima, daughter of Muhammad, with an eye engraved in the palm.

Hamsa isn’t a good luck charm per se, but rather a talisman that supposedly provides protection against the evil eye. The legend of the evil eye comes from West Asia and tells of the curse cast on unaware people by someone’s malevolent gaze.

In this sense, Hamsa is the counterweight to the “curse.” Consequently, people use it to ward off evil spirits. So if you believe the only explanation for your unbelievably long losing streak is some form of ancient curse, a Hamsa talisman might be a good choice.

Dreamcatchers are prominent in the lore of Native Americans. They typically hang outside the front entrance, as well as in bedrooms. Their purpose is to “catch” bad dreams and prevent them from entering the household.

Dreamcatchers have a round frame and feature intricate patterns woven through the loop. They’re also decorated with gorgeous feathers and colorful beads.

If you’re playing games of chance from home, hang one above the window to counteract the bad luck and boost your odds of winning.

How Fast Will Your Luck Turn Around?

Surely, we don’t have to tell you that you shouldn’t expect to win a progressive jackpot the day after you find a four-leaf clover. If good luck symbols, feng shui lucky numbers, or other items and rituals said to bring gambling luck worked this way, no casino would remain open for long.

So don’t “put all your eggs in one basket” by relying solely on luck. Likewise, don’t feel disheartened after a single loss. Be patient, play smart, and don’t chase after your losses. Sooner or later, your luck is bound to turn around.